Apparently, People Rule…Those with the power make the rules :-)

We will take a look at some of the key players that made Gateway tick, and share some pictures and photos here from time to time.  If you have any pictures or stories you’d like to send, please contact us anytime. 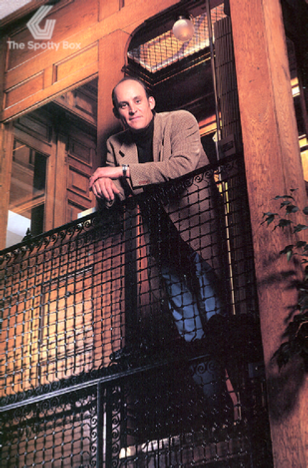 Ted started Gateway with his friend Mike Hammond (who sadly passed away in 2015) after the pair met while working in a local computer store.  The ride was just beginning, as they would eventually start their very own PC company and succeed where so many had tried and failed.  Out of the thousands of PC start-ups which came and went throughout the 80s and 90s, Gateway 2000 flourished.

The main catalyst for this growth was Ted himself. He was driven by a number of factors that are well documented, but the man also had a special connection with his employees, a simple attribute, often overlooked by modern CEOs.

Ted listened to his employees for the most part, and was never an “office” CEO.  He was seen regularly in all areas of the Gateway facilities, and held employee meetings using a variety of styles, from Pizza and Beer nights to more formal arrangements.

In my dealings with Ted, he was always courteous and listened intently, and his energy and enthusiasm were infectious. He was always generous with his time and was definitely a leader you would follow (even on a jet ski down the Missouri river!).

Ted Waitt wasn’t just some anonymous name you had heard ran the company and sat at the top of the corporate tree, his spirit was actually a part of the fabric and people respected his ethics and philosophies, partly because they were simple credos that made sense.  To put it simply, people believed in him.

Today, Ted runs his philanthropy business and has other personal interests such as the protection of the Oceanic environment.

Well done Ted and thanks for the spots, I mean, memories :-) 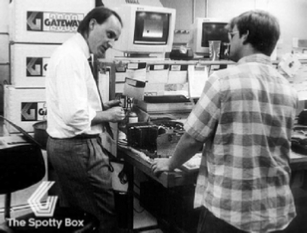 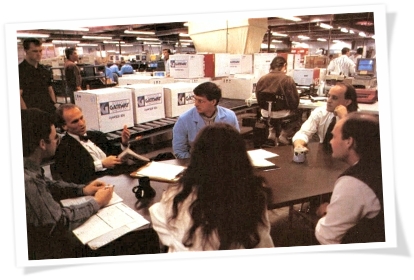 Mike was Ted’s tech guru, he knew about the nitty gritty bits and bytes of the computer.  He would become the man responsible for making sure Gateway computers were put together correctly and sent to the customer on time.  He was a back room guy, didn’t like the lime light, and his title of senior VP of Operations was just that, because he just did what needed to be done and the title meant nothing. Mike got things done and everyone knew who he was.

I first met Mike when I was at Gateway in North Sioux City in 1993, I was walking from the plant one evening down Gateway Drive as I had missed the shuttle bus to my hotel (I stayed late to see the factory floor and met a guy called Shane Harnett, but that's another story) when I hear a car honk its horn, I looked around and the window comes down “You need a ride?”, I wasn’t even sure who this guy was, but I said yes all the same (the heat was too much even in the evening).  I get into the car (on reflection possibly without enough thought), instant relief as the cool air of the a/c hit my face, when he asks why I was walking and why I had a funny accent; I explain I’m over from Ireland to see the Gateway HQ and do some training and initiation and I had missed the shuttle bus, he just starts laughing.  He said his name was Mike and he worked at Gateway and he was going for a quick drink at “Jim's” and I was too. Jims “i-29” wasn’t the type of pub I’d ever been in before, it was dark, although some daylight seemed to squeeze through the tiny brick size windows, and it was noisy.  Everyone seemed to know Mike, and as soon as he arrived the drinks arrived on cue, this was the beginning of a long long night…

I was first introduced to a drink called “Rumpies”, a disgusting German schnapps (officially called Rumple Minze peppermint liquor) served cold and drank by holding up the shot glass in the air and shouting the word “Rumpies”…  Within about an hour or so I’d consumed about 7 of these things, with a bottle of Budweiser to wash out the taste, it was time to use my legs and go to the men's room. I eventually made my way there, which for such a small bar seemed to take a long time to locate, but I used the time wisely like a sanctuary so I could compose myself while I figured out how the hell I could get back to my hotel with at least one functioning liver.  A few patrons came and went until somebody asked me if I was OK, I said I was hiding from a guy called “Mike” who kept drinking “Rumpies” to which he replied “how many have you had”, and I told him at least 7 or 8.  The guy started laughing and asked me did I know who he was and how was I still able to stand? I told him that his name was Mike and he worked at Gateway, and the guy tells me he is a VP and started the company with Ted.  I wasn’t entirely sure what to make of that statement, as I didn’t think VP’s were supposed to be like the one I had been with for the last hour.  “He likes you, you’ve been keeping up with him, he’ll come looking for you if you don’t come back” the guy says.  Just like the drinks at the bar, the door opens on cue and Mike bellows at me in his growly voice “where have you been, we’re waiting for you!”, And with a deep breath that required all my stamina to muster, I launched myself from the safety of the hand drier that had held me upright and out the door back to the bar.  Ted made a quick appearance that night, but I can’t remember much else, apart from the fact Mike told me to call him “Hammer” from then on.  It’s true I tried hiding from him after that night, but he soon tracked me down, with a secretary interrupting a training session and requesting I go to his office, and from there we went to a place called JT’s for the rest of the day…

Most of all I remember how I seemed to just get on with the guy, I’d never met anyone like him before, he loved to talk (and drink), had a killer sense of humour, but most of all I got to realise how extremely clever he was and (in hindsight) somehow under appreciated - he was tough as nails on the outside, but warm like an inviting camp fire on the inside.  He was bloody good at his job and did some amazing things for the company, and I’m glad I got to hang out with him on several occasions and listen to his witty stories when I was in North Sioux City, times which I will treasure. 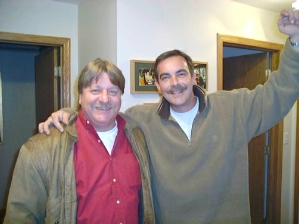 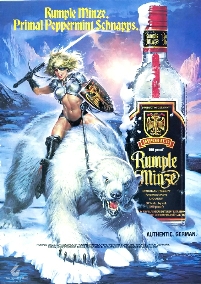